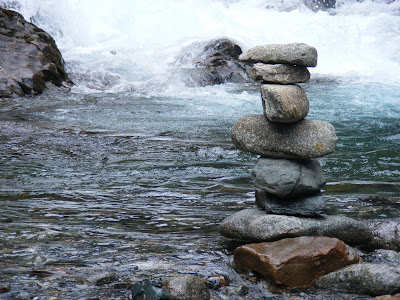 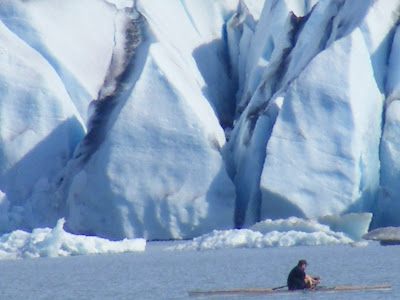 I leave tomorrow on the ferry. I have been packing and cleaning. It was 80 degrees and I decided to drive to the end of the road.
I saw two bears.
The first one: I was driving along and saw a bunch of bushes along the railing on the road. Then there was a black furry head among the bushes. I looked at it and it looked at me and then it hit me - That is a bear. I had the camera next to me but as soon as I went for the camera the bear was gone. It was a cub. On the way back, i walked over to where I saw the bear and I heard crashing of bushes as something was running off.

The second bear was about 5 miles towards Juneau. I was driving along and a grown black bear was along side the road eating skunk cabbage. i stopped the truck and I might have gotten a picture, The bear was pretty busy eating so he was not worried about a picture being taken. He was in the bushes so the picture might not be very good. I will check the picture later.

I still have some more cleaning and then I can load up and be gone tomorrow.

It was quite light out at 10 PM tonight.

When I left Emmonak last year, May 08, a big brown bear ran from the garbage dump to the airport to see me off. Here in Juneau, I had two black bears see me off. A bear seeing me off tradition continued this year. In Emo, we never saw bears so it was quite unusual. After the bear was seen, a call went out on the scanner and people showed up with guns to shoot the bear if it got near anyone. That bear got out of there fast though. The villagers have the right to shoot a bear that can harm a person.
Posted by Rich at 10:50 PM