WE HAVE A SUNNY DAY IN JUNEAU!!!  I got up and saw sun so I took the new camera out and took pictures.  The forecast was for downpouring rain so we are so very lucky.  I have a bunch of school work to do today so I am going to work and then get outside and take pictures.

Juneau and Douglas are so very amazing when the sun is shining.
These pictures were shot yesterday and it was raining lightly.  I was in my car shooting with the window down.  I like this old tug because someone lives in it. It has not moved in the 4 years that I have been in the Juneau/ Douglas, AK area.  There is a fellow that I work with who lives on a boat.
I think that would be interesting to do for a while.  I was talking to a gal who had her own fishing boat and she lived on it.  She also was a substitute teacher for me at times and she told me some pretty amazing stories of trying to keep the wind from ripping the doors off during major storms that blow through here. She was a graduate of Duke University and her dad was a Doctor but she chose to fish in Alaska and be a substitute teacher. 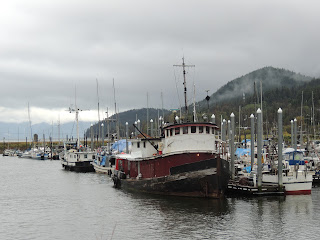 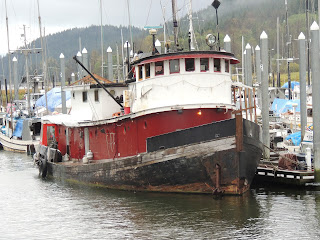 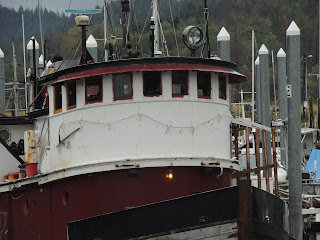 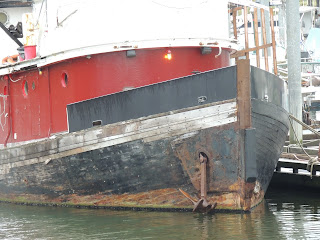 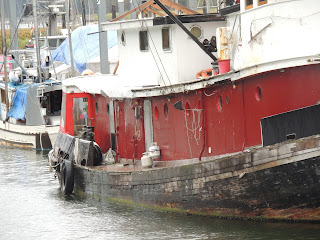 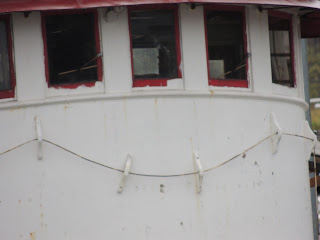