Find the car and boats 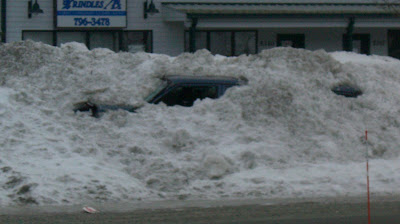 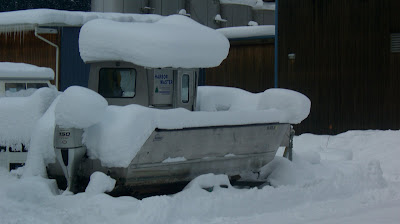 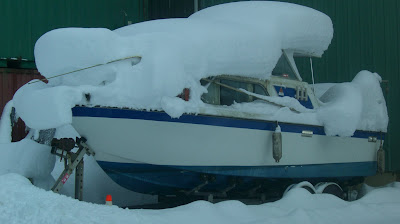 These are miscellaneous pictures of the snow storms we have had. The two boats were pictures taken after the 2 feet of snow. Just thought it looked interesting.
The car! This car was at Costco before I left for Oregon. It was parked and did not move for a few days. When I came back we had lots of snow and the car was still there. As the snow piled up, the huge front end loaders took the snow and moved the piles to the edges of the lot. That is where the Volvo had been sitting. Looks like the front end loader whacked the Volvo a time or two. When I saw the car in Dec, it was in OK shape, just sitting in a space, not moving but with all windows, etc.

So, I guess you can say: Do not park your car at Costco over the winter unless you want it to be covered with snow and whacked with snow plows.
Posted by Rich at 7:22 PM

I am LOLing looking at the car!! The boats are covered too!

Getting around your town must be a hassle. No wonder you love your snow shoes so much. ;o)

Oh the lessons we must learn in this lifetime, costly parking after car is ready to move again.

I am curious to see the car when the snow is all melted. It got hit hard. It was moved about 8 feet or so from where it had been sitting.
I parked my truck down the hill the other day because there was too much snow. I then went back down and chained it up because they plow that road a lot. The cars on that street get mounds of snow as big as the car blocking them in. My truck is a tank with chains - nothing can stop me now!